Shining Star is considered a prime example of funk music that attained mainstream success.[1] The concept for the song came to White while strolling at night during the band's recording of "That's the Way of the World". He was inspired by looking up at the starry sky and took his ideas about the song to the other band members. The song is noted for the way the instruments drop out during the last repeated choruses with the group singing the final lines a cappella followed by the song's abrupt end.[2]

"Shining Star" won Earth, Wind & Fire a Grammy for Best R&B Performance by a Duo or Group with Vocals.[3] The single was successful commercially, selling over a million copies. It has been certified gold as up until the RIAA lowered the sales levels for certified singles in 1989, a Gold single equaled one million units sold.[4][5]

The information regarding accolades attributed to "Shining Star" is adapted from AcclaimedMusic.net and awards on Earthwindandfire.com.[9][10]

(*) designates lists that are unordered. 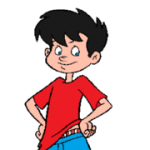